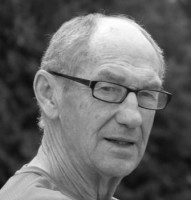 Surrounded by his family, John Schellenberg of Calgary, AB passed away at the age of 83, on Saturday, March 21, 2015.

John was born on November 14, 1931, in Coaldale, AB, and grew up on a farm north of the town. In 1951, John’s faith led him to attend the Mennonite Bible Institute in Didsbury, AB, where he forged many lifelong friendships. It was there that he met Ina Hiebert whom he married on October 3, 1953 and with whom he shared 62 years. Together they were blessed with seven children.

In 1956 John and Ina moved from Coaldale to Calgary where he began studies in the Faculty of Education at the University of Calgary. His teaching career began at Branton Junior High School where he taught Phys Ed, Language Arts and Social Studies. In 1970 John was appointed principal of Ernest Morrow Junior High where he served for seven years and where his calling to teach was deepened. In 1977 John agreed to become the first principal of Jack James, a new high school in NE Calgary. He spoke often of the challenge and opportunity of creating a nurturing and vibrant school culture; of his passion for working with students and parents; and of the many incredible teaching colleagues with whom he felt privileged to work. He concluded his teaching career with the Calgary Board of Education as an Assistant Superintendent, following which he served for two years as principal of Menno Simons Christian School, a school in which he came to believe deeply.

John loved and was committed to the church. He was actively involved in the life of Foothills Mennonite Church, a faith community which nurtured his family and which he saw extending meaningfully into the broader community. In addition he served in various roles within Mennonite Church Alberta, always working towards greater congregational unity.

John loved sports of all kinds, hiking and playing basketball well into his 70’s and biking until a few months before his death. Throughout, John was a devoted husband, loving father, gifted leader, and a genuinely humble, faith-filled person whose compassion was experienced by many.

John is survived by his loving wife, Ina; his six children Terry (Brenda), Gail, Craig (Patricia), Bob (Sandi), Jeff (Ingrid), Kim Thiessen (Byron) and son-in-law, Michael Beriault (Sylvia Guler), having been predeceased by his daughter Karen (Beriault) who died in 2002. John is also survived by 17 loving grandchildren and one great-grandchild.