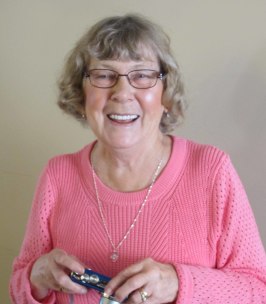 Lydia (Klassen) Retzlaff passed peacefully into her eternal home with Jesus at the age of 85 years on Thursday, February 27, 2020 at 4:45 PM at home surrounded by family.
Lydia was born February 10, 1935 in Coaldale, Alberta to Jacob and Aganeta Klassen, the sixth of their twelve children. On November 18, 1956, Lydia married Jacob Retzlaff and they were blessed with four children.Lydia was predeceased by her parents Jacob and Aganeta Klassen, brothers, Jake, Dave, Daniel, and Henry, sisters-in-law, Linda Klassen and Mary Klassen, and nephew James Harder.

It was during Youth retreats that Lydia and Jake met and then they began to visit at Bible school. Their relationship blossomed resulting in marriage. Lydia thought she had married a farmer, but after one year on the farm in Rosemary, they made the decision to move to Calgary and both enrolled in Business College. Through the years, Lydia supported Jake with all the charitable organizations that he worked with; specifically with MCC Alberta, where she did a lot of the secretarial work. Later on when Jake set up his own accounting practice, she once again played an important role in working alongside him in whatever area he needed.

Lydia was baptized in the Coaldale Conference Church on June 6, 1954. She spent two winter terms at the Mennonite Bible Institute in Didsbury. Church life was very important to Lydia. She volunteered in her youth and continued throughout her life. She was involved in various capacities with Sunday School, Religious Education at the public school, DVBS, and Girls Club. She was very involved with a refugee family that was sponsored by the Foothills Mennonite Church. Also, Lydia volunteered for many years at the MCC Thrift Store. She enjoyed working together with other ladies from the church.

Lydia lived a rich and fulfilling life. Her greatest passion was spending time with her children and grandchildren. She also loved gardening, outdoors, camping, hosting, and singing. Lydia blessed many with her kind and caring personality.