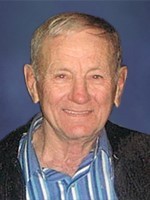 He was born on July 21, 1939 in Steinbach, Manitoba. Jim was one of ten children born to Cornelius and Mabel Reimer. He is survived by his wife, Yvonne, sons James (Kathleen) Reimer, Gregory (Susan) Reimer, Donald (Iris) Reimer, John (Jennifer) Reimer, and ten grandchildren, all of Calgary, AB. He is also survived by brothers, Edgar (Margaret) Reimer and Randall (Beth) Reimer, sisters Alvina (Ike) Klassen, Lois (Laverne) Lewycky, Virginia Reimer, Marlene Sundeen, Joyce (Lou) Reimer, and many nieces and nephews. He was predeceased by his parents, two brothers, Stanley and Harold, sister, Adeline, and brother-in-law Lee Sundeen.

Jim was a well known and talented house framer in Winnipeg and from 1989, in Calgary. He was a Lion’s Club member, both in Winnipeg and Calgary, for many years. He will be greatly missed by family and friends alike.
Funeral Services will be held at Bow Valley Christian Church (5300 – 53rd Avenue N.W.) on Tuesday, January 3, 2012 at 1:00 p.m.