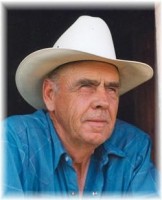 Henry David Neufeld of Gem, much loved husband of Betty Neufeld, passed away peacefully in Brooks on Tuesday, May 12th, 2015 at the age of 80 years. Henry was born on September 22nd, 1934 in Bassano to John and Neta Neufeld. They resided in Duchess for 6 years before moving to North Gem (on the edge of nowhere, according to Henry!) in 1941 and later to Gem in 1951. Henry attended Range Coulee School for the first 9 years and then attended Gem School. He farmed briefly in Hays, Alberta from 1956 – 1957, before moving back to Gem. Henry married Betty Enns in Gem on October 21st, 1961 and resided there, until moving to the Newbrook Lodge, Brooks on the Easter Weekend in 2015. He worked a variety of jobs for many years: on the oil rigs, farming in Hays, working for various farmers in the local Gem area and at the Gem Store for the Gilroy’s (1964 – 65). He also bought a school bus with the acreage in Gem and drove bus for the County of Newell for 13 years. In 1966, he bought a truck and hauled cream and eggs to Calgary, returning with grocery supplies for the Gem and Finnegan Stores until 1972. Henry also rented farm land in Gem, then bought the present farm in 1974, where he farmed and ranched for the rest of his life. He loved restoring old tractors and hunting for them at auction sales, riding his horses and working with the cattle, reading and doing Sudoku puzzles, and most of all having coffee and a visit with his friends. Henry was a member of the Gem Curling Club for 52 years, Brooks and District Feeders Cooperative, Gem Lease Board and Mennonite Mutual Insurance. He will be remembered for his ever present sense of humour, the time he always made for family and friends and for having a twinkle in his eye! Henry was predeceased by his father John in 1973 and mother Neta in 2008. He is survived by his loving family, wife Betty of Brooks and their 3 daughters- Donna Doerksen and her husband Gerry of Calgary and their children Graham and Nicole; Jan Lepp and her husband Steve of Rosemary and their daughter Courtney and Joanne Cundict and her husband Mark of Red Deer and their children Elizabeth, Katherine and Tom; siblings – Wilma Neufeld, Rudy (Sue) Neufeld and George (Glenda) Neufeld and numerous nieces, nephews, cousins and extended family members. Funeral services will be held on Monday, May 18th at 2:00 PM at the Gem Mennonite Brethren Church, Pastor Les Riediger officiating. Internment at the Gem Cemetery.