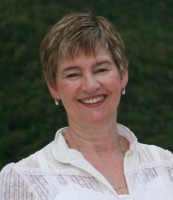 Judy was born on Wednesday July 26, 1944 in Melville, Saskatchewan. She was the 3rd of 5 children and has shared many stories with her family about her younger years. Some of her fond memories included exploring old buildings, climbing up water towers, jumping off trains, and attending Sunday school. When Judy was 15 years old, she moved to Saskatoon to live with her Grandmother Edith where she worked as a theatre usher and librarian; and ultimately, this is where she would meet her husband.

On Friday March 12, 1965, Judy and Vic married and in 1969 they moved to Calgary where they raised their three children. Judy worked in the early years of the marriage at Calgary Power and Sears. Eventually, she stayed home to spend more time with the children and would assist her husband at his accounting practice. She kept herself involved in the community with canvassing, block watch, Parent/Teacher groups and was able to volunteer often during her children’s school activities.

The love of her life was her husband Vic. She enjoyed telling stories about how they had met and how their lives had intertwined. They had a love of traveling where they graduated from simply camping in a canvas tent to travel trailers and then to timeshare trips in hot locations. Sadly Vic passed away before they could start their retirement travels to Europe but in Judy’s last few years she was able to travel to Europe.

Judy was baptized on Monday November 16, 1998 alongside her husband Vic just hours before he died. After her husband passed on, her focus became her grandchildren. She had a great love for them and doted upon them equally as they arrived. Each grandchild was exposed to many, many playgrounds, and coffee shops after school. The children were also spirited away to have special time with Grandma Judy staying with her in Kelowna or going on special trips.

Judy was very focused upon family throughout her life. She imparted to her children a love of connecting with family and friends and maintaining those relationships. Judy was a wonderful role model who traveled to where she was needed. Prior to being diagnosed with cancer she traveled extensively through Western Canada (notably to Winnipeg, Saskatoon, Melville and Kelowna) to help ease the burdens of so many of her loved ones. She would drop her concerns to be with family at a moment’s notice. Judy loved people, she wanted to talk to everyone, hear their stories, offer an ear and always pray for their troubles. She was confident in her faith assured of her place in heaven when her struggles were over.

Her family will always remember her love for Jesus, the many games nights, brunches, barbeques, constant picture taking, her collection of newspapers, and how she would light up whenever she would see or hear from her Grandchildren.

Judy will always be remembered for her: Hug, Hug, Hug!!!