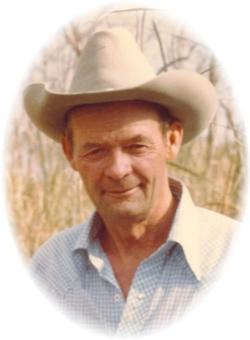 Ernest Klassen of Bassano, passed away in Bassano on Wednesday, April 2nd, 2014 at the age of 88 years. Born in Hanley District, Saskatchewan on August 18th, 1925 he moved with his family to Rosemary in 1929 where he started his education. The family then moved to Didsbury in 1937, to Vauxhall in 1938, to Countess in 1939, he moved east of Wardlow in 1959 where he ranched. In his younger years he enjoyed curling, fishing and big game hunting. Ernie loved to travel and visited South America, Africa, Mediterranean, Australia, New Zealand and Central America. He will best remembered for speaking his mind. Ernie was predeceased by his parents William and Margareta Klassen. He is survived by 4 brothers, Pete and his wife Katie of Abbotsford, B.C., Bill and his wife Margaret of Regina, Art and his wife Frances of Big Stone and Walter and his wife Frieda of Calgary; 7 nephews and 10 nieces. Funeral services will be held on Tuesday, April 8th at 2:00 PM from Knox Presbyterian Church, Bassano. Rev. Peter Baek and Rev. Jake Doerksen officiating. In memory of Ernie, if friends desire, memorial tributes may be made to Bassano and District Health Foundation, Box 120, Bassano, Alberta   T0J 0B0.<