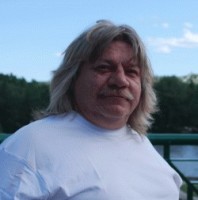 It is with heavy hearts that we announce the sudden passing of Darryl Klassen. Darryl is lovingly remembered by his mother Elsie Klassen, brothers Randy (Kelly) and Gary (Linda) Klassen, and son Michael Armstrong. Darryl is also survived by his nieces and nephews: Jason Copeland and Karis, Derrick (Wendy), Kristin, Kevin and Kyle Klassen, as well as a large circle of other relatives and friends. He is predeceased by his father Henry Klassen in 1999, sister Beverley Klassen in 1998, and nephew Scott Klassen in 2014.

A celebration of Darryl’s life will be held at Foothills Mennonite Church (2115 Urbana Road NW, Calgary) on Wednesday, Sept. 17, 2014 at 2:30 PM with Pastor Doug Klassen officiating.